Ofcom has published the proposed licence fees for the 412–414 MHz and 422–424 MHz paired spectrum which is currently licensed to Arqiva and Airwave. Arqiva won this spectrum in a 2006 auction, with a 15-year initial licence period during which no additional fees would be required. The initial period will come to an end later this year at which point an annual licence fee will become payable. Arqiva traded part of the spectrum with Airwave in 2008 – making Airwave the co-licensee.

Ofcom is proposing that the annual fee be set at £396,000 per MHz, which is in line with what Business Radio users pay for a UK-wide licence in nearby bands.

Ofcom has published an evaluation of changes it made in 2015 to the regulation of calls to non-geographic numbers.

There are two parts to the changes:

END_OF_DOCUMENT_TOKEN_TO_BE_REPLACED

Ofcom announced the final results of the 700 MHz and 3.6-3.8GHz bands spectrum auction. During the assignment stage, many of the companies involved submitted bids which resulted in an additional £23 million being raised for HM Treasury.

END_OF_DOCUMENT_TOKEN_TO_BE_REPLACED

Ofcom has launched a consultation which proposes the removal of the requirement to provide a local dialling facility and banning direct and indirect revenue-sharing across geographic and non-geographic number ranges. Local dialling is where a person makes a call from one landline to another landline in the same area without needing to dialling the area code. The migration to IP will affect all landline phone users and is fundamentally restructuring how voice services are provided across the UK. Revenue-sharing occurs where a phone company shares the revenue that it receives for terminating a call with a third party.

END_OF_DOCUMENT_TOKEN_TO_BE_REPLACED 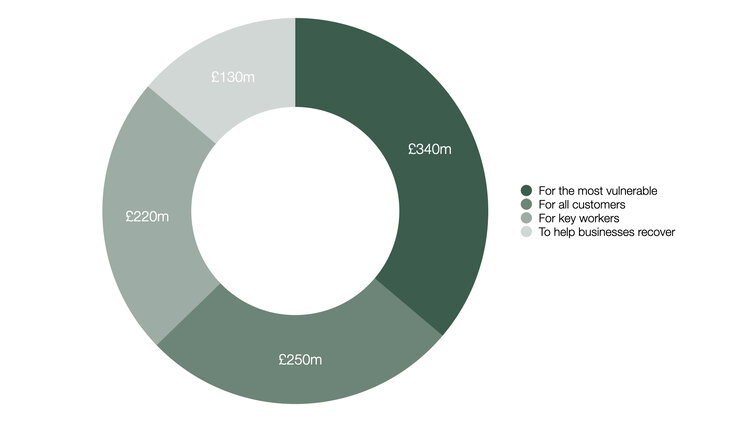 The announcement today builds on the earlier government update, setting out that a further 250,000 English homes and businesses are now eligible for boosted funding from 17 English councils for the Gigabit Broadband Voucher Scheme.

More than £22 million of additional funding has been provided by local councils to top-up the values of the vouchers in their areas. The Scheme targets areas where the cost of building new gigabit broadband infrastructure is likely to be too high for commercial operators to cover alone. Since May 2019, vouchers worth up to £3,500 for small and medium sized businesses and up to £1,500 for residential premises have been available to cover these costs in rural areas across the UK.  END_OF_DOCUMENT_TOKEN_TO_BE_REPLACED Ofcom has published its interim report which states that full fibre broadband is now available to over 4.2 million UK homes (14%), an increase of 670,000 (2%) since January. This is a result of increased rollout from the expansion of existing broadband networks as well as companies building entirely new fibre networks.

The UK Government recently announced that almost 500,000 premises across the UK have been connected to gigabit-capable broadband since summer 2018 as a result of a £1 billion government funding commitment that runs until the end of 2021, with a further £5 billion earmarked for the hardest-to-reach areas. Government has also launched a new taskforce – GigaTAG – to encourage further take-up of gigabit broadband services. END_OF_DOCUMENT_TOKEN_TO_BE_REPLACED

New research published by Ofcom highlights which phone and broadband companies are setting the industry standard for good customer service in the UK.

Sharing the data, based on company performance up to January 2020, therefore before the COVID-19 pandemic unfolded, Ofcom’s fourth annual Comparing Customer Service report shows that overall, 85% of broadband customers say they are satisfied with their service. Specifically, the report looks at how each of the major telecoms providers performed in 2019 on measures including customer complaints received, value for money and overall customer satisfaction. END_OF_DOCUMENT_TOKEN_TO_BE_REPLACED

The UK regulator has confirmed plans to auction important airwaves to help improve mobile broadband and support the rollout of 5G, announcing it will release more airwaves, with bidding set to start in January 2021.

The auction will increase the total amount of spectrum available for mobile in the UK by nearly a fifth (18%) – helping improve mobile services and give people better access to 5G. END_OF_DOCUMENT_TOKEN_TO_BE_REPLACED BSG welcomes the conclusion of a collaborative initiative between the UK major telecoms providers, the Digital Secretary and Ofcom which targets customers in need additional support to stay connected during the current pandemic. Yesterday’s announcement sets out a number of substantial commitments to support and protect vulnerable consumers and those who may become so arising from changes in circumstances brought on by Covid-19. These measures build upon, and reinforce, the Stay Connected campaign launched last week.

END_OF_DOCUMENT_TOKEN_TO_BE_REPLACED The bulletin outlined key updates in industry-related regulation and policy from January 2020 – including the reintroduction into the parliamentary timetable of the Telecommunications Infrastructure Bill – and the much-anticipated conclusion to the Telecom Supply Chain Review. You can read more about the review in detail via our news post.

Our newsletter also provided an overview of developments in consumer protection and child protection regulation, and what lies ahead following the UK’s exit from the European Union on 31 January 2020. BSG and techUK are promoting the interests of the digital infrastructure industry in a number of other recommendations to Government which include improved access for UK companies to priority international telecoms markets in future free trade agreements.

END_OF_DOCUMENT_TOKEN_TO_BE_REPLACED

In September 2018, CMA received a super-complaint from Citizens Advice. There followed an investigation into the loyalty penalty in 5 markets: mobile phone contracts, broadband, household insurance, cash savings and mortgages. The CMA uncovered continual year on year price rises, costly exit fees from contracts, time-consuming and difficult processes to cancel contracts or switch to new providers, and auto-renewal policies that switched unsuspecting customers onto more expensive contracts, often without sufficient warning. In its response to the super-complaint, the CMA made a number of recommendations to Ofcom, the FCA and other regulators to help them better protect consumers. It also launched its own investigations into auto-renewal practices in two sectors. END_OF_DOCUMENT_TOKEN_TO_BE_REPLACED

The UK Regulators Network (UKRN), regulators in telecoms, water, energy and banking have partnered to compare how customers rate the biggest companies who provide services people rely on every day. The level of customer satisfaction in telecoms varies between 79% to 96%. The scorecards also capture some metrics on perceptions of value for money. Between 82% and 97% of customers in telecoms are satisfied with the value for money they receive from their supplier. Complaints across mobile, landline and broadband complaints are below 1%. END_OF_DOCUMENT_TOKEN_TO_BE_REPLACED